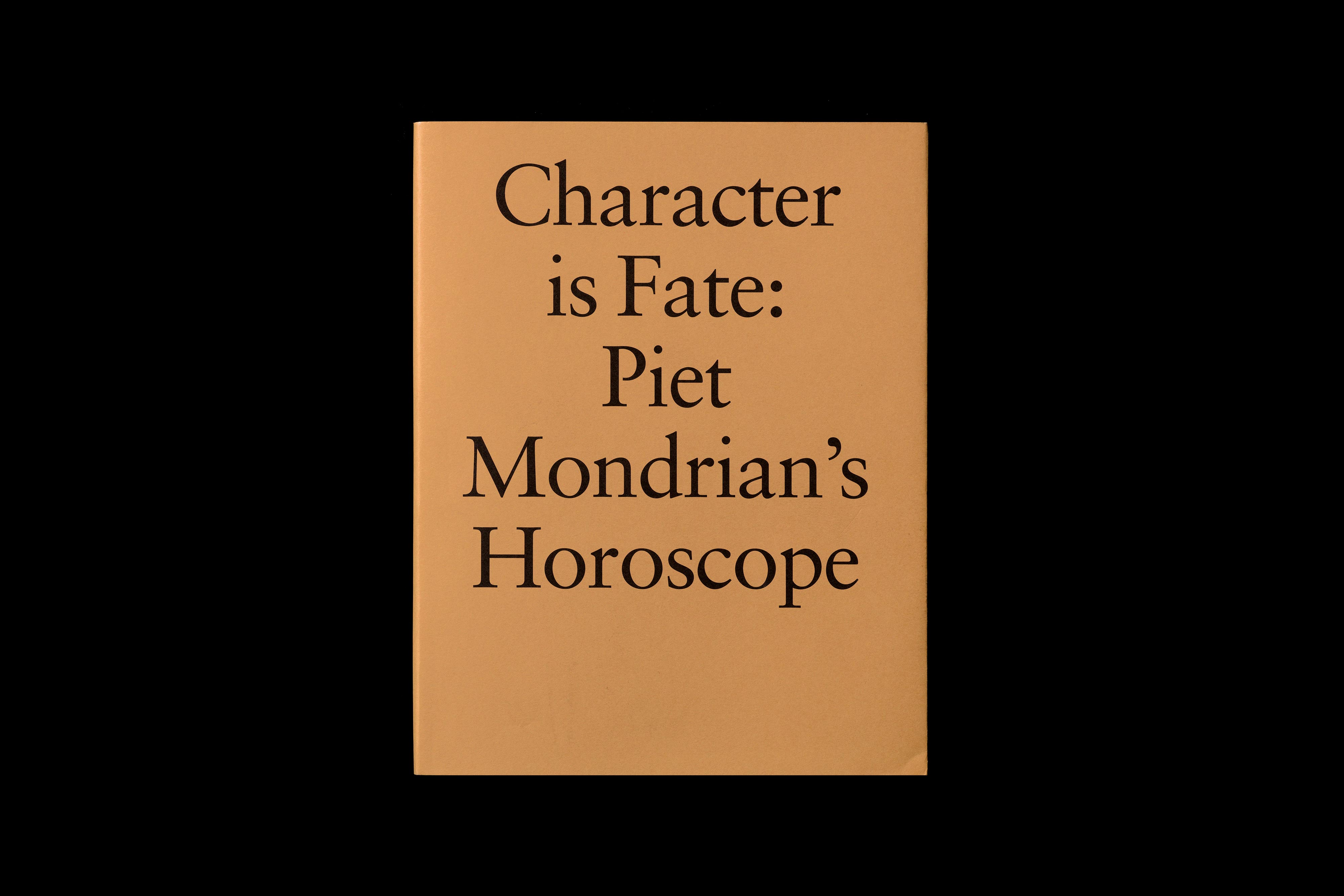 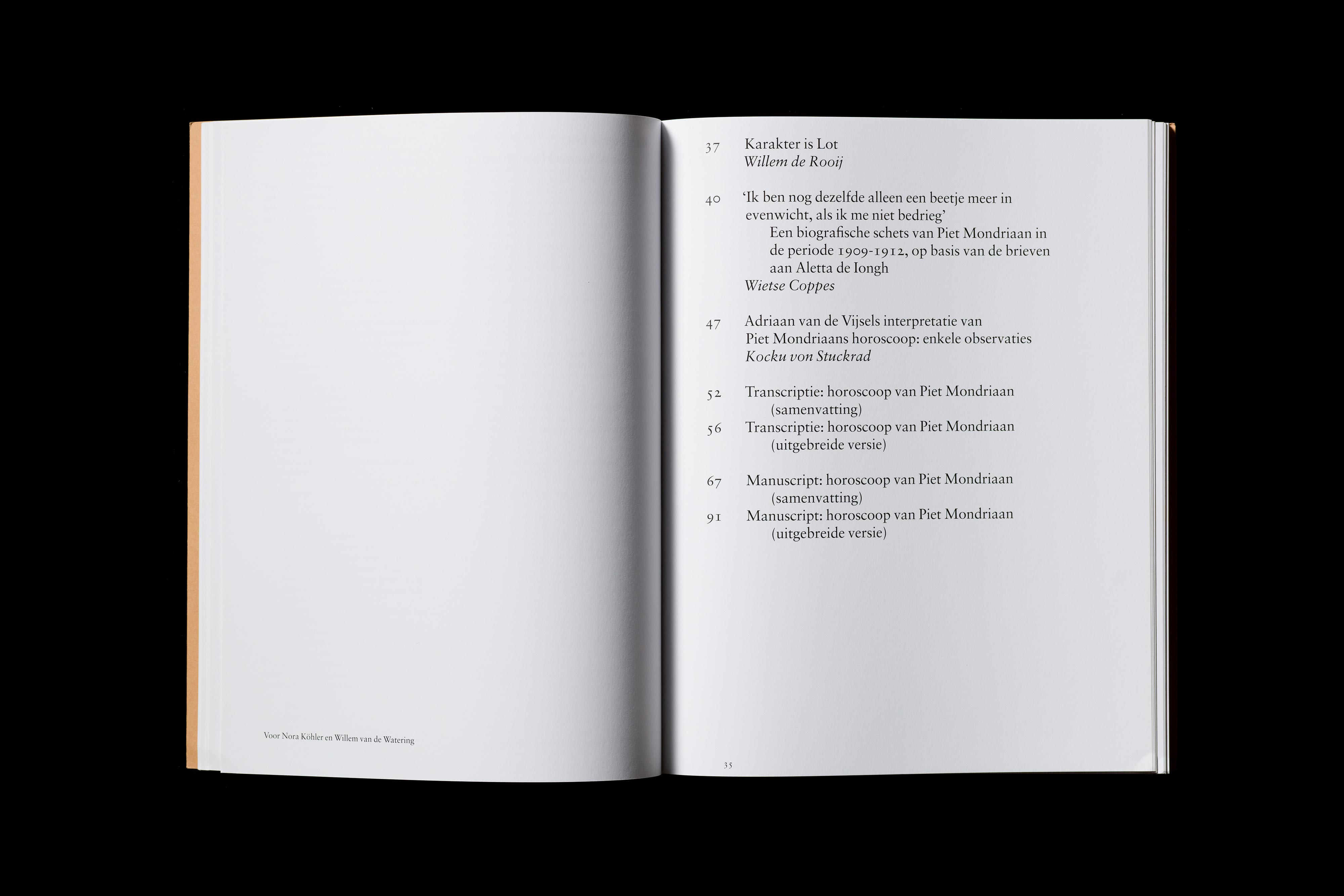 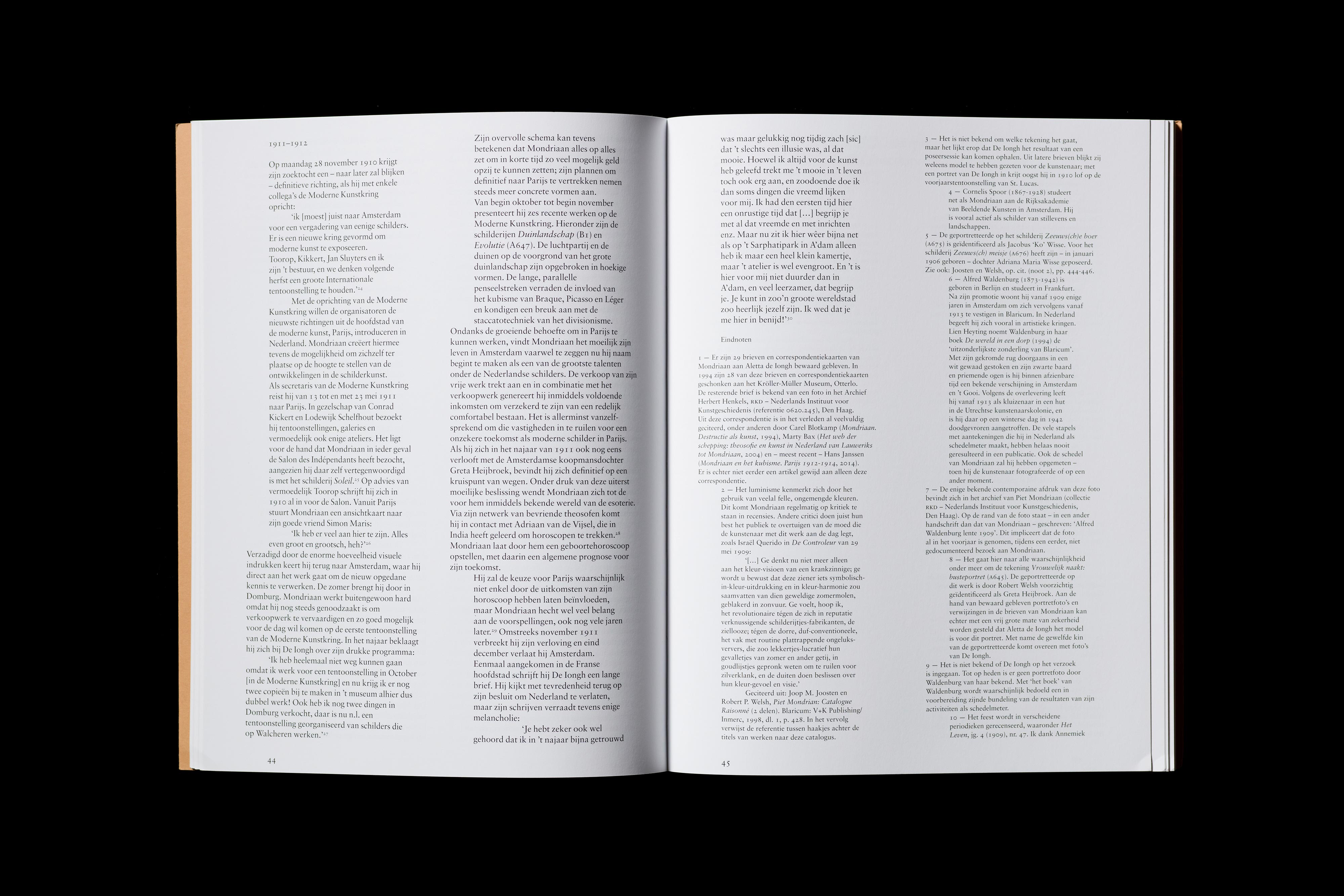 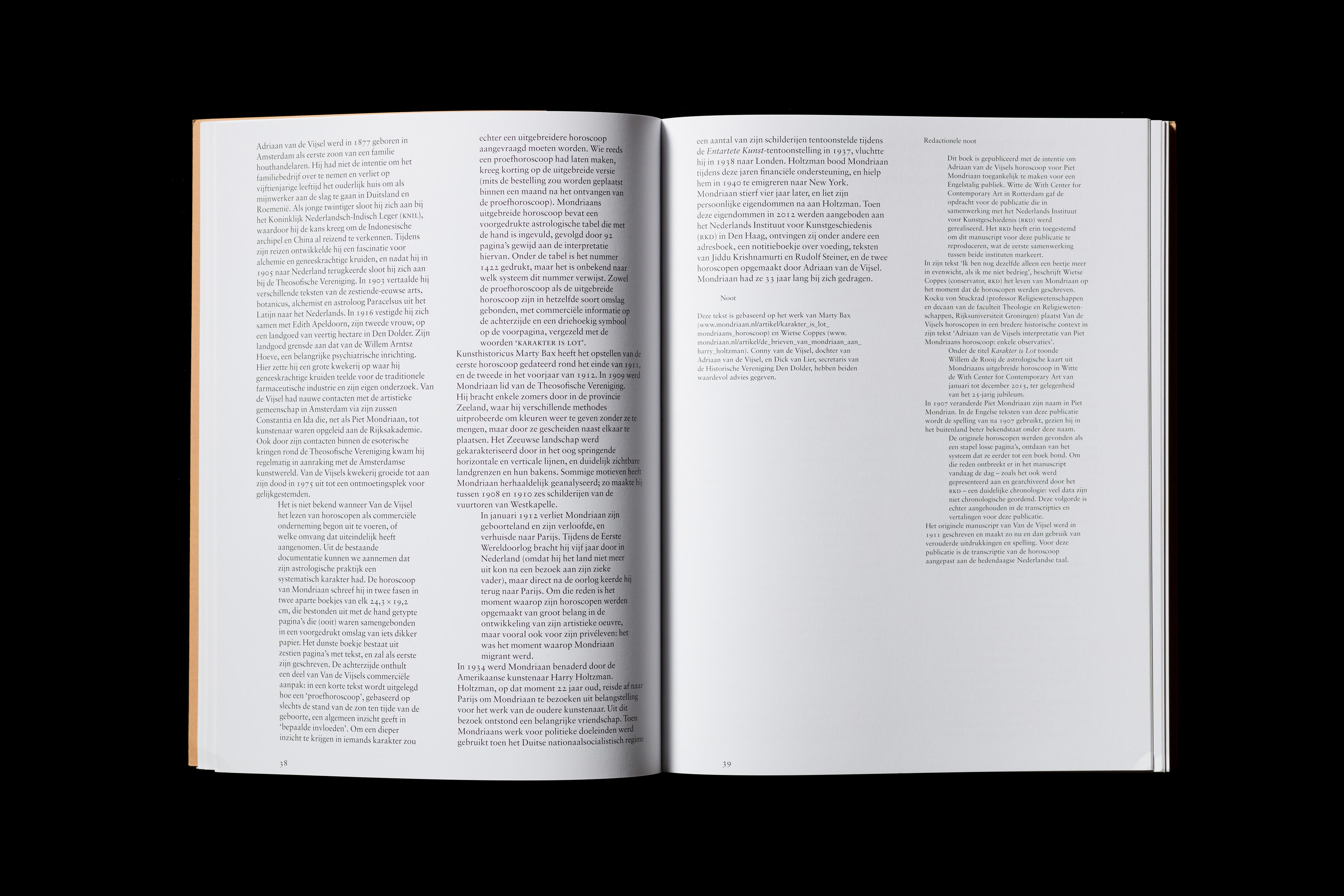 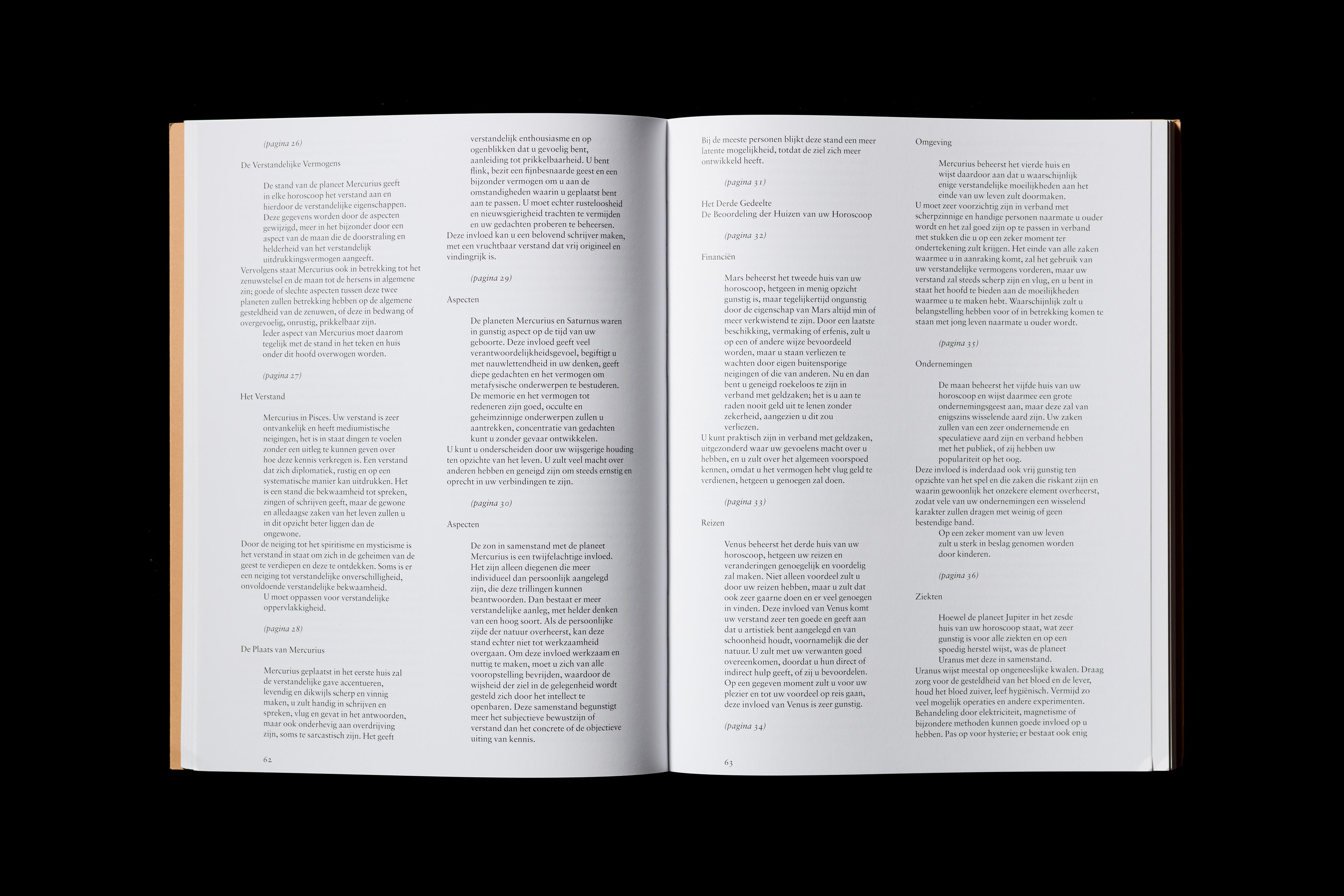 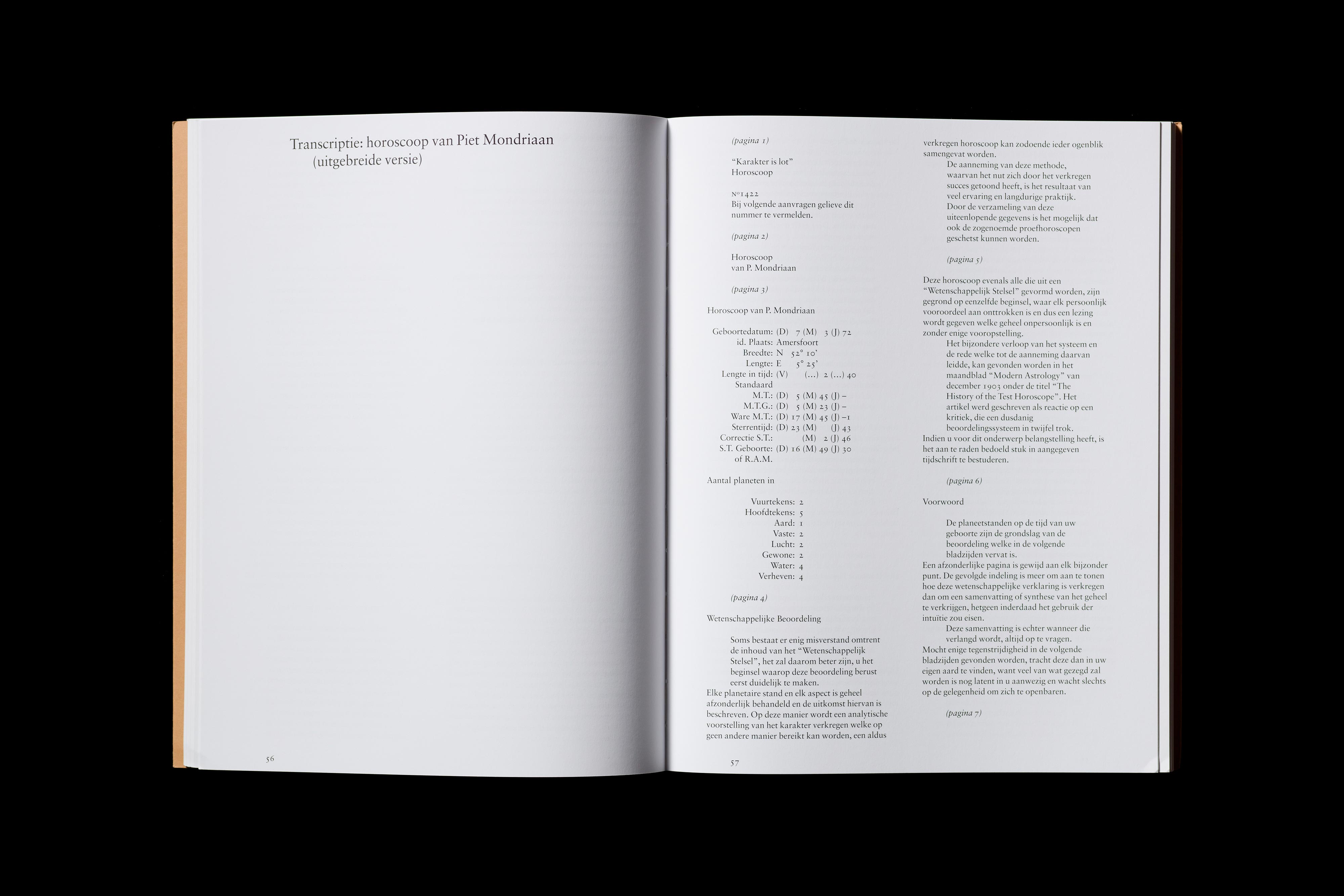 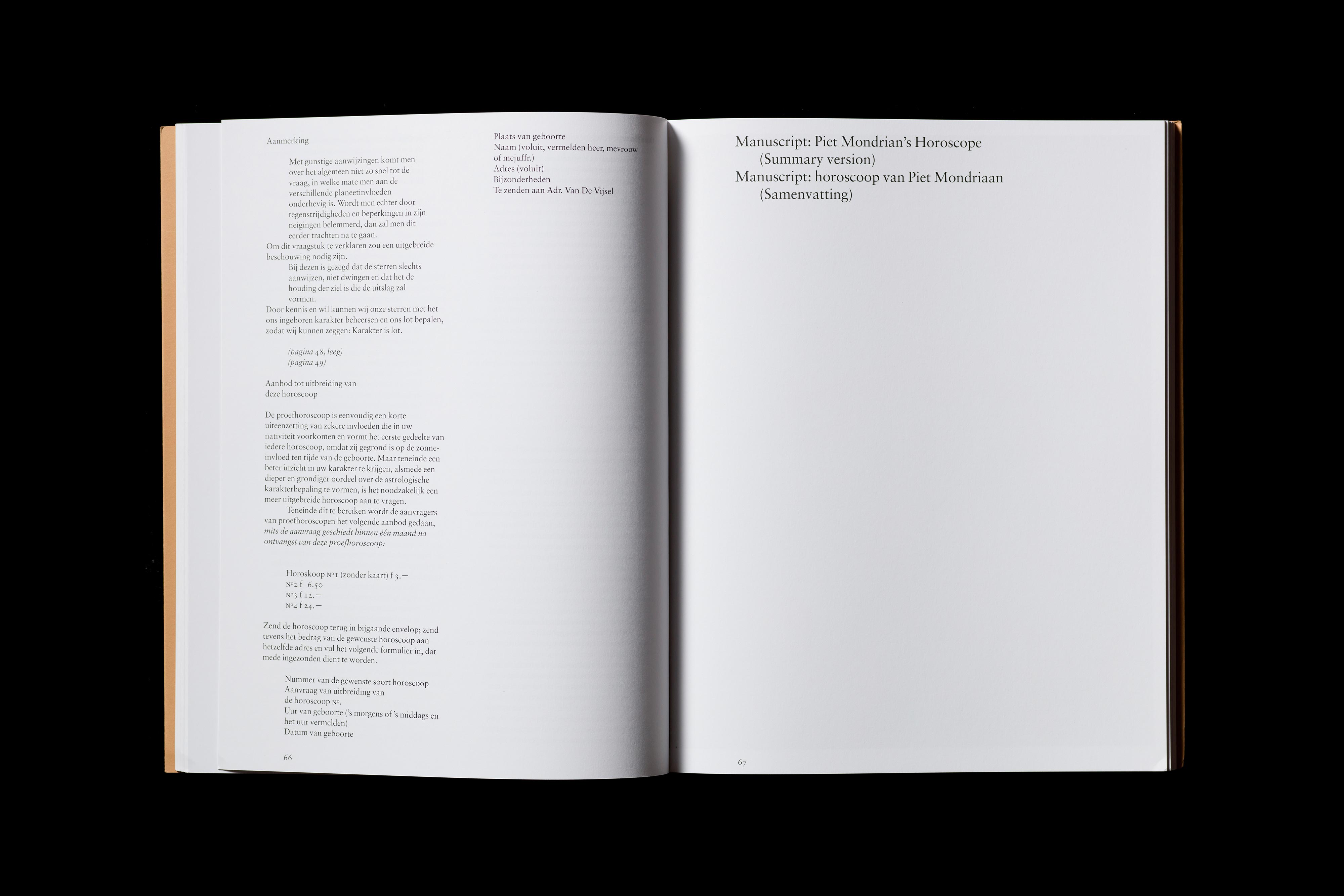 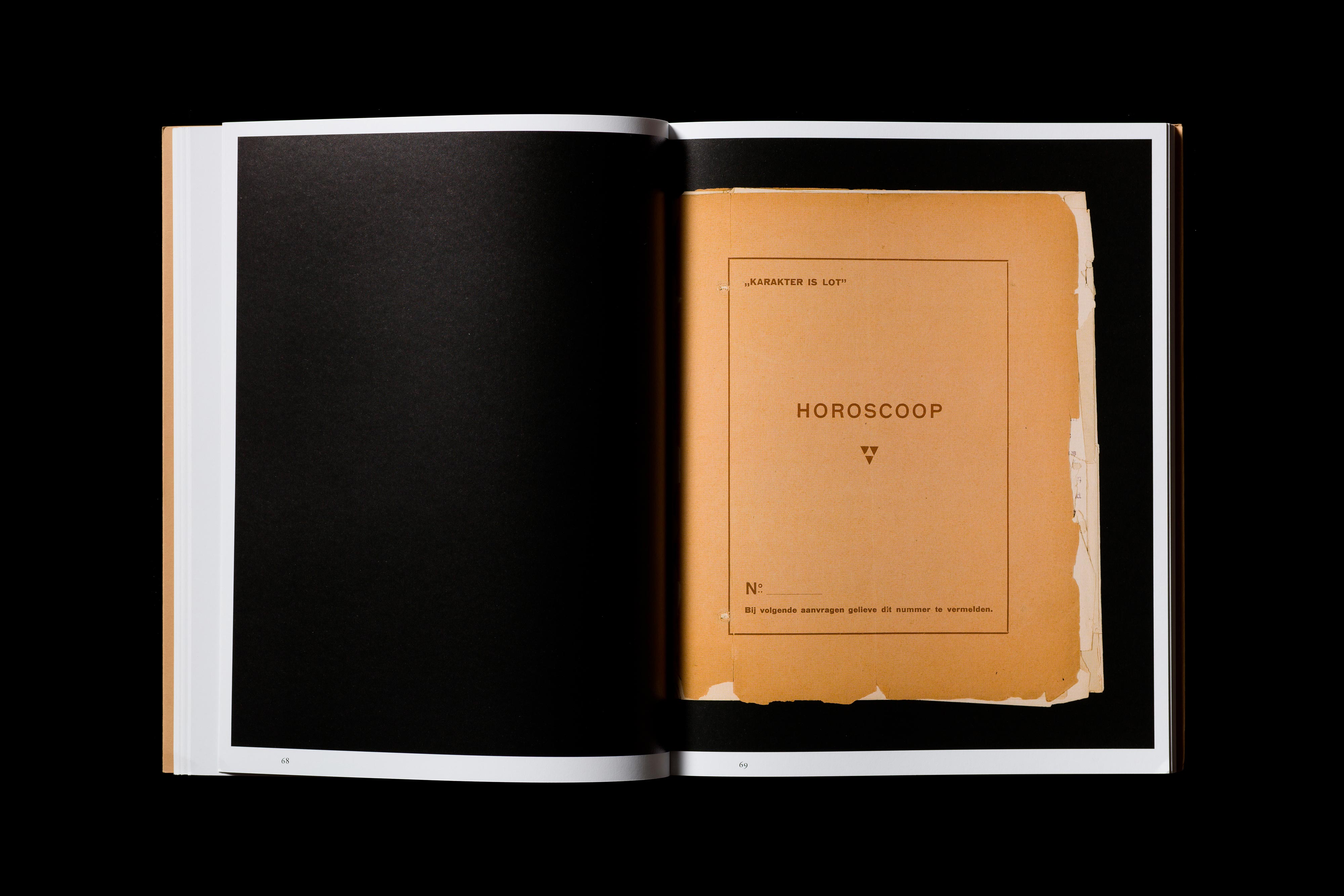 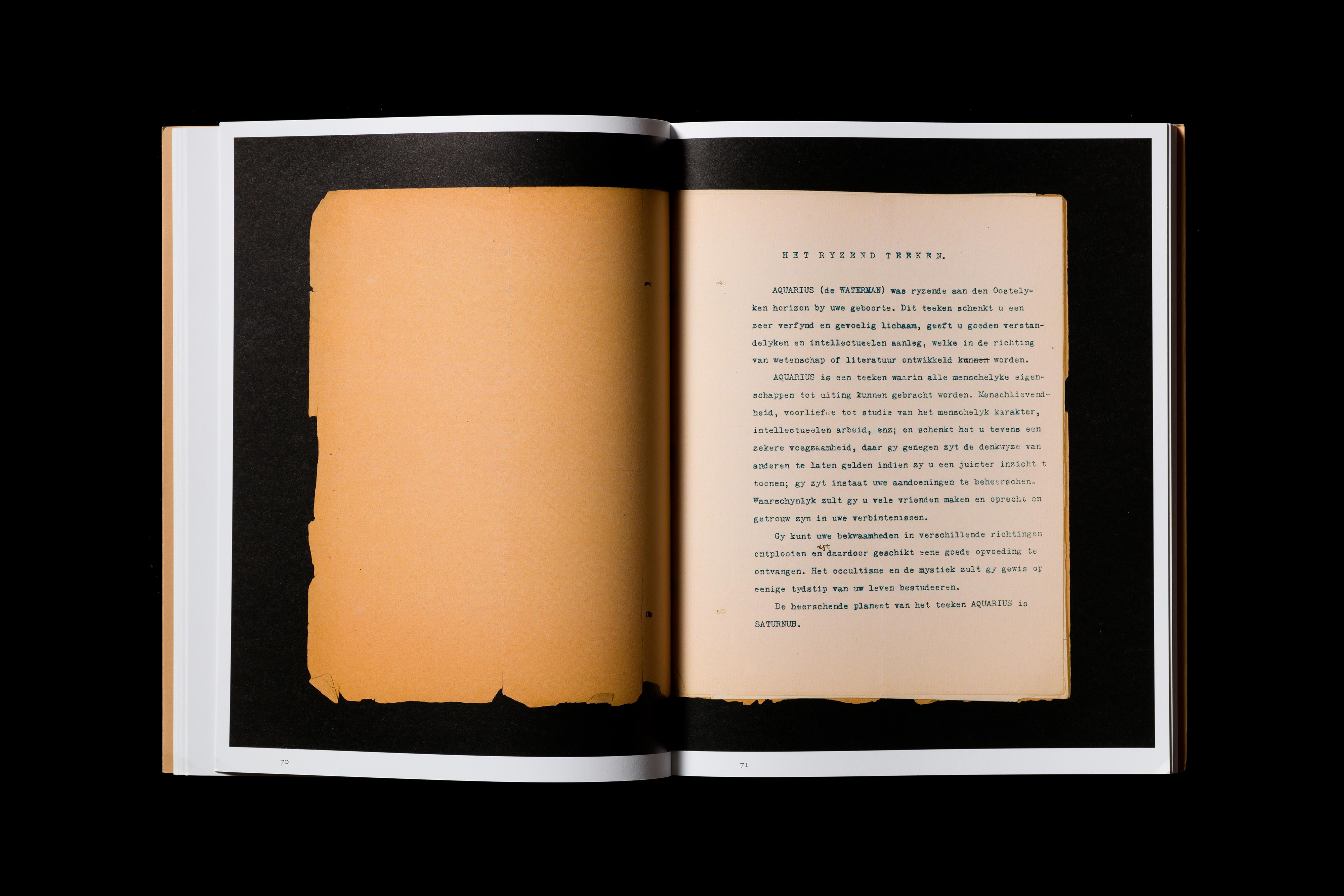 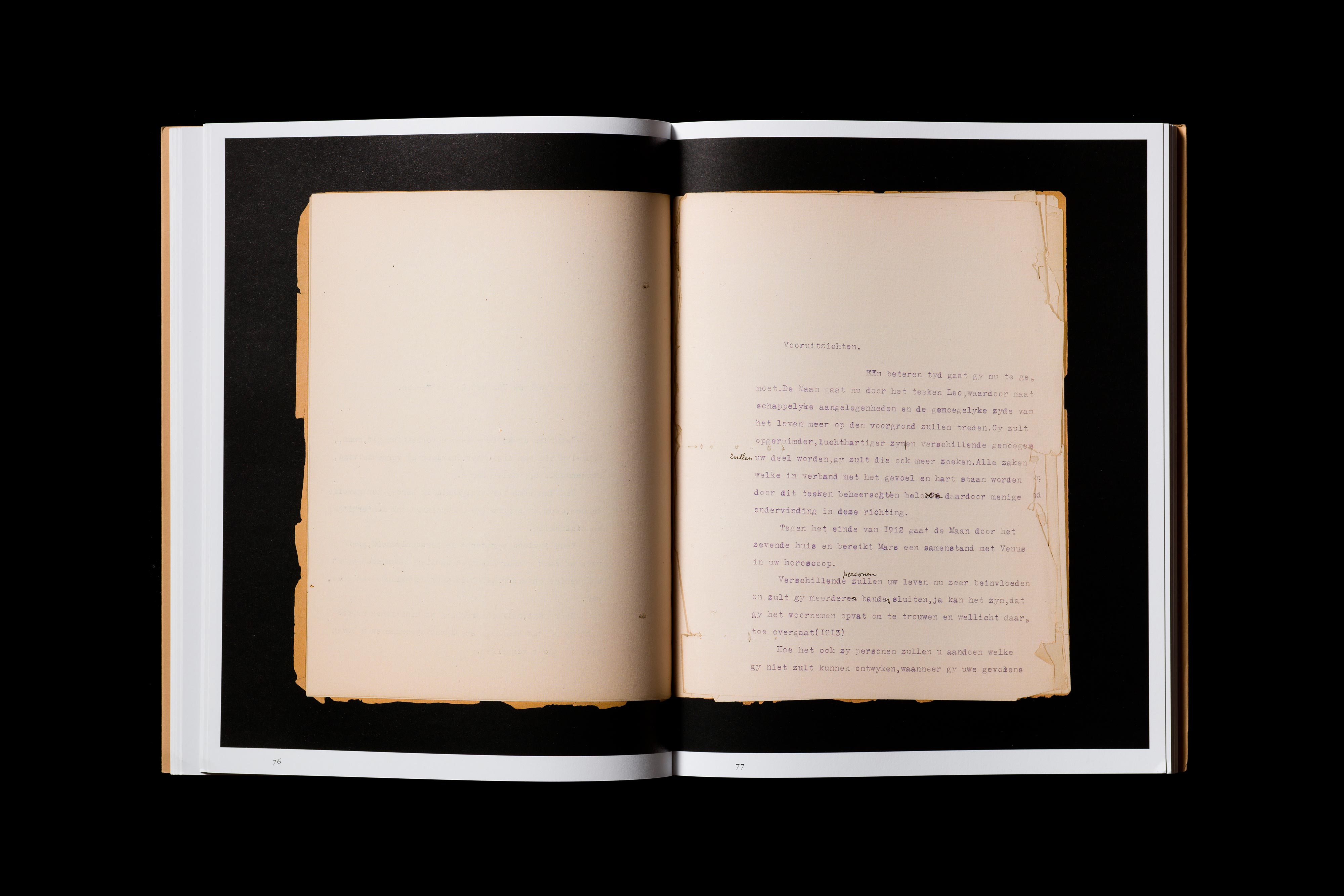 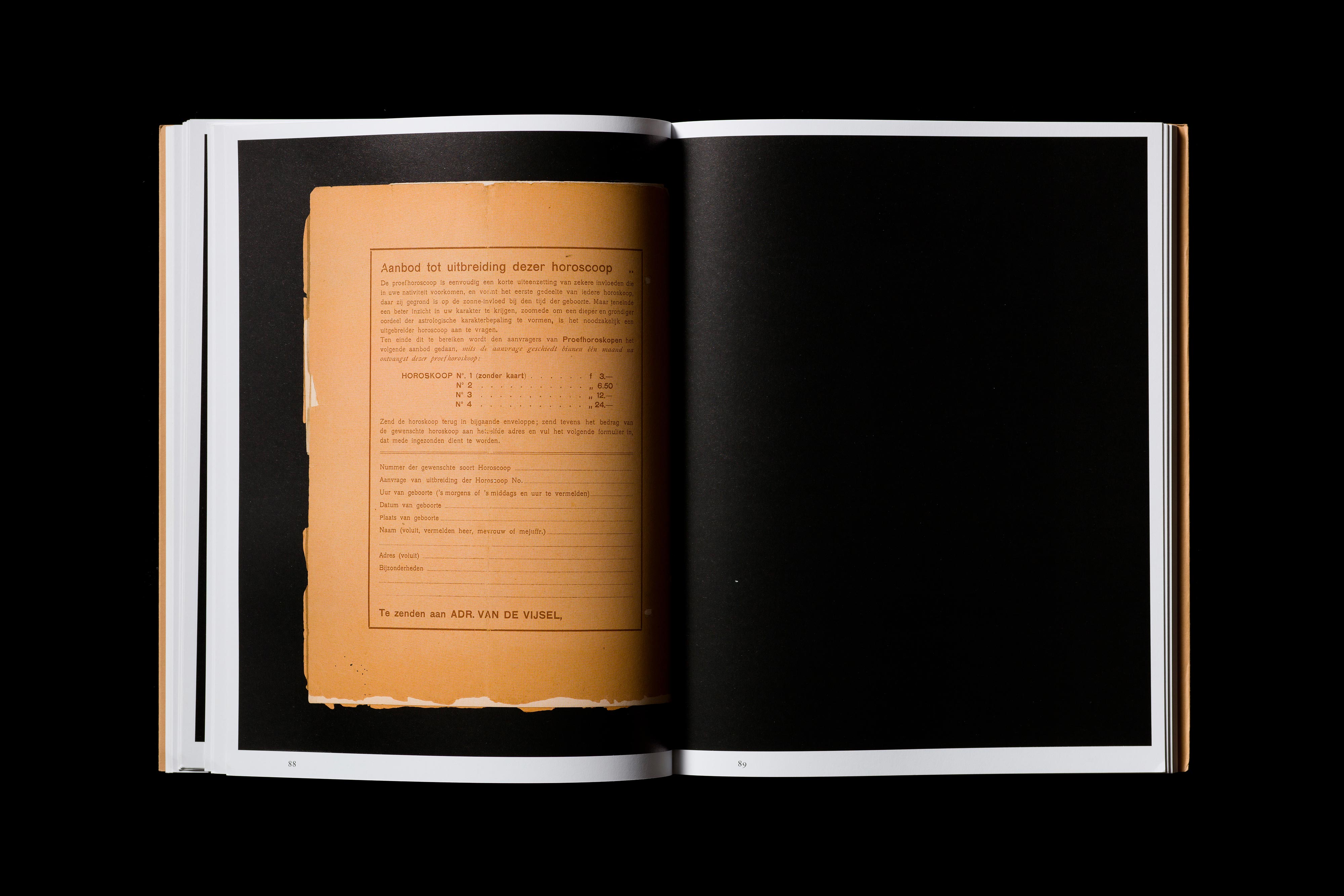 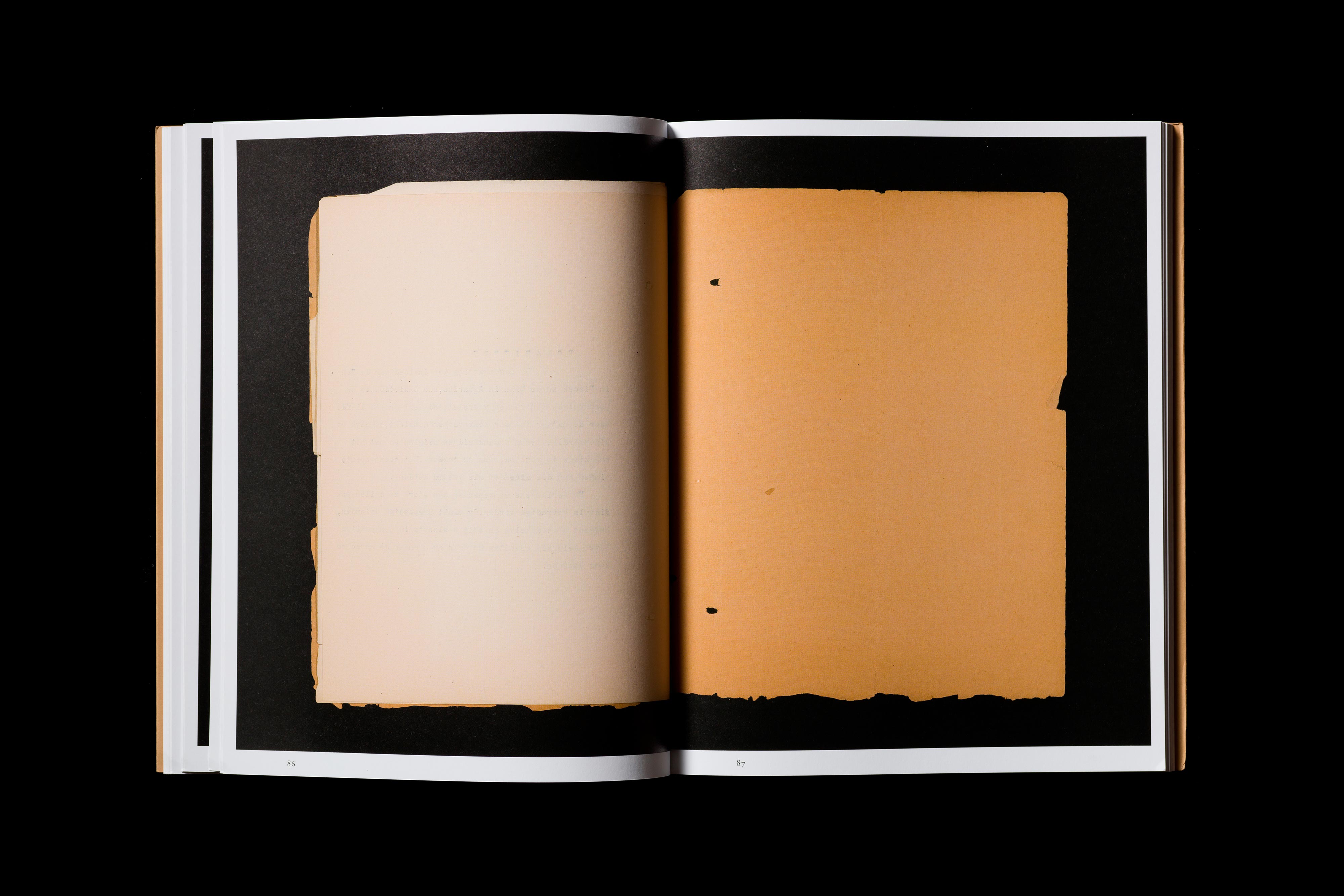 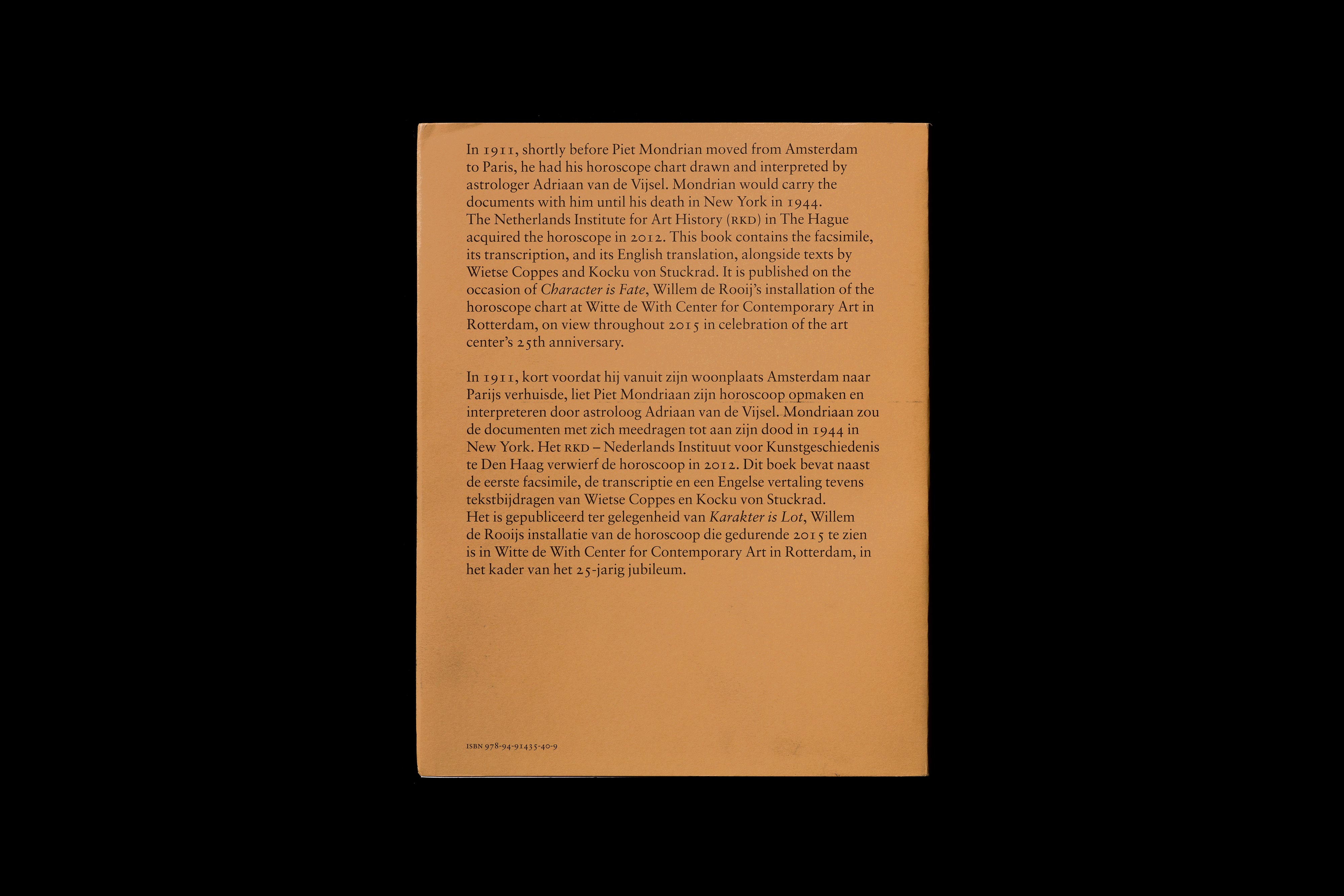 In late 1911, Piet Mondrian was about to move to Paris and leave his native country of the Netherlands behind. During this period of artistic and personal transformation he turned to theosophist Adriaan van de Vijsel for an astrological reading. Mondrian was born under the sign of Pisces on 7 March 1872, and according to his horoscope was “very susceptible and [had] psychic tendencies.” He was “able to feel things without being able to give an explanation of how this knowledge was obtained, [with] a mind that can express itself diplomatically, calmly, and systematically.”

Character Is Fate: Piet Mondrian’s Horoscope, an artist's book by Willem de Rooij (born 1969), contains the facsimile, its transcription and its English translation alongside texts by Wietse Coppes and Kocku von Stuckrad.